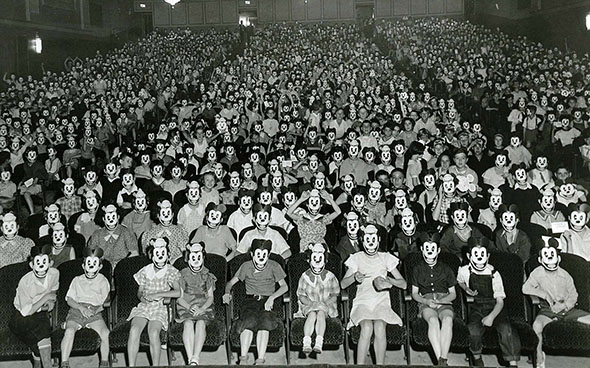 In modern English, a cult is a social group that is defined by its unusual religious, spiritual, or philosophical beliefs, or by its common interest in a particular personality, object, or goal.

It has become apparent that people who believe that Covid-19 is an exceptional disease and that lockdowns, masks and all the rest exhibit what can only be seen as cult like behaviour. This can be seen in the mass delusional behaviour such as weekly clapping for the NHS, the iconograpy of ‘NHS rainbows’ and the zeal with which those who have not fallen under the spell are hated. If you don’t comply with the mask wearing symbolism (for there is little evidence masks serve any useful purpose) you are looked upon, at best, with scorn and at worst with hatred.

It is also clear that it doesn’t matter how much evidence you present the cult believers with they will not believe it (if it contradicts their beliefs) and alter their view. Now dear reader perhaps you have joined the cult. Perhaps you believe that Covid-19 is the biggest threat to humanity ever, perhaps you believe all the government propaganda and statistics, the stark horror messages, the deliberately confusing rules?

Now let me show you one statistic that cannot easily be fudged – deaths. This chart (below), from the Oxford Centre for Evidence based Medicine, shows deaths in England and Wales for the last 5 years. It is clear to see that there were significant increased deaths in April and May when Covid-19 appeared. These deaths were in the main the very elderly with co-morbidities. These deaths themselves were probably exacerbated by a previous ‘soft’ flu season and some collateral deaths caused by people not getting their usual medical tests and treatments due to the scare.

Since then, other than a slight upturn in the last few weeks (probably due to increased mobility due to schools and universities returning) things have been broadly normal. Even those recent increased figures are below the flu deaths that can be seen in January 2018. Nothing unusual has been going on since the end of May 2020 but the cult still believes that Covid-19 is a massive threat to their lives. They will now happily do anything the cult leaders require.

The key thing to remember is that criticising the cult or group, however irrational their beliefs are, is the same as criticising your friend or family member themselves. They believe totally in the cult and it is very difficult to de-programme them.

A quick trawl of the internet seems to confirm my theory:

Cults are attractive because they promote an illusion of comfort.
Humans desire comfort, and in a fearful and uncertain world many turn to cults because they tend to promote exactly that. Jon-Patrik Pedersen, a psychologist at CalTech, has pointed out that cult leaders often make promises that are totally unattainable, but also offered by no other group in society. Such things might include financial security, total health, constant peace of mind, and eternal life — the things every human desires at the deepest level.

Cults satisfy the human desire for absolute answers.
Today’s world is a tough one, with more abstract issues than there are issues that are black and white. As Dr. Adrian Furnham describes in Psychology Today, humans crave clarity. Many people join cults because they believe they’re being offered solid, absolute answers for questions such as good vs. evil, religion, the meaning of life, politics, etc. Many cult leaders promote messages that are simple and seem to make sense, the exact opposite of what we’re often provided with in typical, everyday life.

Cults maintain their power by promoting an “us vs. them” mentality.
Cults prove powerful because they are able to successfully isolate members from their former, non-cult lives. One of the ways cult leaders achieve this is to convince their followers that they are superior to those not in the cult. This “us vs. them” mentality ultimately leads to cult members isolating themselves socially from friends and family. They replace those relationships with new ones inside the cult.

Cult leaders are masters at mind control.
Brainwashing:: Cult leaders are known to repeat various lies and distortions until members find it difficult to distinguish between reality and cult life.
Paranoia: To maintain a false sense of comfort, cults often rely on paranoia tactics. Cult leaders convince their victims that a group, their families, and/or the government is out to get them, but that the cult can provide safety. Once a cult member comes to the conclusion that their families and country cannot keep them safe, they begin to worship and put all of their faith in their cult leader. Jim Jones was especially skilled at this mind-control trick. He would encourage members to spy on each other, and consistently spoke through loudspeakers at all hours of the day so that cult members would hear his voice whether awake or asleep.

Cult members often have no idea they’re in a cult.
Although it can be obvious to those around them, people in cults often don’t realize what they have become a part of. Psychologist Dr. Margaret Thaler Singer spent most of her career studying the psychology of cults and brainwashing. She found that most people enter a cult willingly, without realizing the power it is bound to have over them. Singer theorizes that this is partly because some people are more willing to see the perceived benefits than they are the potential dangers. She also mentions that many people assume cults are only religious, though in truth, cults can also be political groups, lifestyle groups, or business groups.

Starting to see the similarity? It is happening to most societies right now. An official narrative is being implemented. A totalitarian official narrative.
If this isn’t the case why does the UK Government have a Behavioural Insights Team – also known as the Nudge Unit? And why do the minutes of SAGE (The Scientific Advisory Group for Emergencies) meetings show that psychological techniques are being used to bring about this cult? They state; “There are nine broad ways of achieving behaviour change: Education, Persuasion, Incentivisation, Coercion, Enablement, Training, Restriction, Environmental restructuring, and Modelling.”

The initiation into the Covid Cult began in January, when the government and media turned on ‘The Fear’ with projections of hundreds of millions of deaths and fake photos of people dropping dead in the streets. The psychological conditioning has continued for months. The public have been subjected to a constant stream of propaganda, manufactured hysteria, wild speculation, conflicting directives, exaggerations, lies, and tawdry theatrical effects. Lockdowns, emergency ‘Nightingale Hospitals and morgues. The singing-dancing NHS staff, ritualised ‘clapping for the NHS, manipulated statistics, masks and all the rest of it.

It has then been perpetuated via lockdowns, mask wearing (showing compliance), regular and nonsensical changes of rules that are deliberately confusing as confusion helps perpetuate the scare along with scary graphics like the one below.

The question that now arises is how do we get out of the situation? And, truth be told, I’m not sure that we can. Vaccines are of course seen as the saviour but why do we need a vaccine for a disease that 99.75% 0f people survive?

Why do we need a vaccine where, at the time of writing, none of the vaccine trials are designed to detect a reduction in any serious outcome such as hospital admissions, use of intensive care, or deaths? Nor are the vaccines being studied to determine whether they can interrupt transmission of the virus.

So if this vaccine cannot stop transmission, well you’ll obviously need another one and so on and so an. At this stage I’d suggest that you start to follow the money and ask yourself who is benefiting from this?

It seems that we have opened Pandora’s box and that there is probably no going back. We have a public who are too dumb to see the truth and an elite (parasites) together with the corporations who seek to impose their ‘moneyed agenda’.