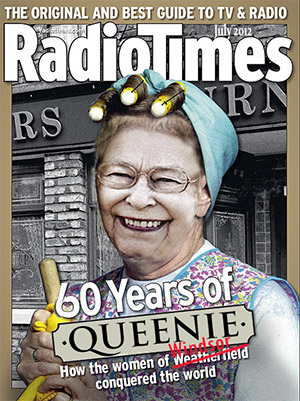 Unfortunately because of the impending work on the house we haven’t been able to take off to a Republic somewhere whilst the rich woman with several large houses and numerous servants, paid for by us, continues with her PR offensive to ensure that when she ‘shuffles of this mortal coil’ the family will continue to get ‘loads of dosh’. As Newsthump puts it: ‘The Queen, who has been the head of the UK’s most prolific family of benefit claimants since 1952, said she felt “deeply moved” by the amount of cash she has received over the years without even having to queue up and sign for it.‘ 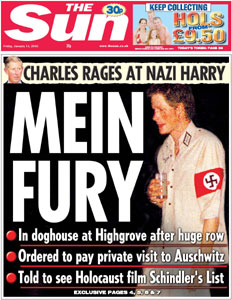 ‘The Family’ went through a fairly rough patch for a while. Joe Public was starting to see through the pantomime what with Charles being an adulterer whilst he was married to that lovely ‘Saint Diana’, some of the others getting divorced (despite mummy being head of the Church that frowns on such things) and Andrew being friends with an American paedophile and having meetings with Muammar Gaddafi.

But ‘hey ho’ lets soften up a gullible public with an expensive Royal Wedding and then go for the full on PR offensive with a Jamboree. They’ll soon be shouting ‘hurrah’ and doffing their caps in a suitably servile manner once again.

Talking of servile if I have to listen to the gushing, sycophantic ramblings of Nicholas Witchell for much longer every time I turn on the Beeb I’ll be feeling more nauseous than I do already. Whilst I’m a big fan of the BBC they really should just report the facts, somewhere towards the bottom of the news agenda. Personally I find the fact that about a billion people go to bed hungry every night needs bringing to Joe Public’s attention rather more than this bean-feast. The BBC seems to have become the official 24/7 propaganda channel for the Royal Family and the Olympics.

It really is like we’ve fallen through a time hole into an age where nobody questions the utterly bizarre situation that in a modern country in 2012 some people get given a load of castles, servants and treasure simply because of who their dad was; then the rest of us are expected to bow down in front of them. Mind you it’s even more bizarre that people accept it.

Now before Mr Angry Royalist of Royal Tunbrige Wells starts posting about how disgusted he is about my lack of patriotism I should just point out that I have no personal hatred of the woman and she’s more than welcome to call by for a cup of tea any time (although I’m not installing a new WC for her at a cost of £5000 as she seems to expect; does she crap solid gold or something?). It’s just that I take exception at her and her entourage living in unbridled luxury, at the expense of hard working folk, just because of which bed they were born in or (in certain cases) because they were deemed suitable breeding stock (i.e. there isn’t too much mongrel in the blood).

And before someone else starts off the ‘but she works so hard and brings in loads of tourists’ crap can I just say I’d agree with the former if she’d been working12 hour days, six days a week cleaning NHS toilets for the last 60 years and as for the latter that’s hardly a good reason as no doubt turning the Palace into an upmarket brothel would pull in the overseas punters. 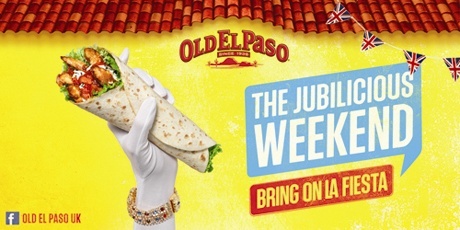 Of course the cynic in me would also say that Dave and his public school mates are loving it because it’s a distraction from what’s really going on; but then Bread and Circuses aren’t exactly a new concept. Deep in debt? Lost your job? Lost your home? Never mind; wave a piece of coloured cloth on the end of a stick and everything will be fine.