Once again I’m in the wrong century. On the odd occasion that I do stray into the real world I’ll see people constantly walking along talking to or looking at their mobile phones. On other occasions when I go to a restaurant it’s not unusual to see four people sit down together get out their phones and start texting or doing whatever they do with them. How  fecking stupid is that? 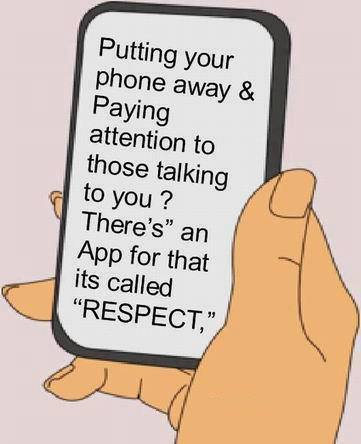 The only ‘smart’ thing about a phone is the company that sold someone an expensive contract to keep the money rolling in whilst they trade drivel with their ‘friends’.

For the record I do have a mobile phone for emergencies and the odd call. It’s about 10 years old on a PAYG contract and the quarterly bill is sometimes around 3 pence.

Don’t even get me started on the morons who go to hear live music and spend the whole concert pointing their phones at the stage. Dickheads the lot of them.

I don’t normally add addenda to blog posts but I just (23rd August 2013) read the following UK statistics, which confirms to your writer that there really is no hope for the human race – a complete species of feckwits. The only real glimmer of hope is the thought that the radiation may fry their gonads before they can breed.

The average British child gets their first mobile phone aged almost 12, but nearly one in ten (9%) have one by the age of five.

Parents spend an average £246 on their own handsets, compared to £125 on their children’s but one in ten children under 16 (11%) have mobiles worth more than their parents.

More than four in ten parents (42%) don’t monitor their children’s mobile spend and just a quarter (25%) cap their kids’ contracts.

Children spend an average £11 per month on mobile bills less than parents who spend £19 but more than one in ten (11%) spend more than their parents.